48 charities were presented with a total of £19,685 from the annual Christmas Win A Car event at The Beacon.

Each charity was presented with a cheque for the amount raised during their day in the Centre selling £1 tickets for the chance to win a brand-new car worth £13,000.

The car was won by 16-year-old Tineeki Trott, who was the youngest ever winner and is now looking forward to getting driving lessons as soon as she turns 17.

Bill Plumridge, Manager of The Beacon, said: “Once again, I would like to thank everyone who bought a ticket for our 20th Win A Car event. Every penny goes directly to these charities who do such a fantastic job for our community.” 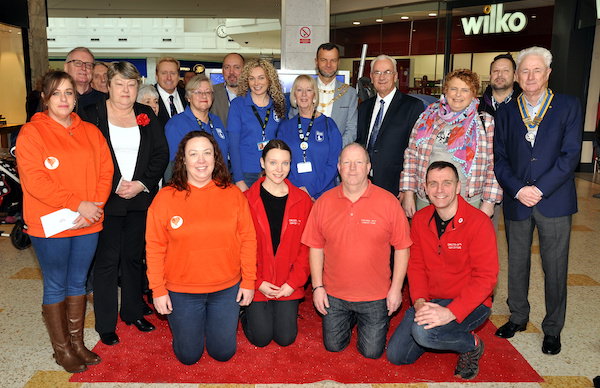