Eastbourne’s Unsung Heroes get recognition from The Beacon

Three of Eastbourne’s unsung heroes have won a voucher to spend in The Beacon after they were nominated for going the extra mile to help the community through the pandemic.

The Centre teamed up with the Eastbourne Herald to invite readers to nominate their hero on The Beacon’s Facebook page.

Bill Plumridge, Manager of The Beacon, said: “It was a very tough decision for us to make as there were so many worthy people who were nominated. It was really humbling to hear what local residents had done for others, but we chose our three winners because we felt they had really gone the extra mile for the community during lockdown. Congratulations to them all!”

The three winners were: Shanaz Mansoor, who started the Eastbourne Emergency Support Group to help the elderly and vulnerable living on their own; James Toni, who helped the public not only in his job as conductor with Southern Rail but also in his voluntary role as a Special Sergeant with the British Transport Police.

Shanaz, 42, from Eastbourne, was nominated by Don McPhee who helped with the support group from the beginning. She plans to spend her voucher on treats for her daughter.

She said: “I started the group the day before lockdown was due to start. I was concerned about the elderly and vulnerable living by themselves, many of whom didn’t have family nearby who were able to help out.  Starting the group was a spur of the moment act, because I felt this was a time we needed the community to come together to look out for and help each other. Eastbourne Emergency Support basically provided the platform for those who needed help and those who were able to provide it, to get in touch.”

Shanaz said she received a lot of help and support from others including Hansa Raja-Jones from Holding Space, Ben Westwood and Anne Deacon.

She added: “We also had to ensure that those interacting were kept safe at all times. We did this by publishing guidelines on keeping safe, and monitoring member requests, posts and interactions within the group. As hubs and charities started providing specific aid, we also directed people to appropriate help available and kept the lines of communication open until their issues were resolved. Happily, with the easing of lockdown, the demand has reduced and while we all hope it remains that way, we are geared to step up if the need should arise.”

James Toni, 36, lives in Eastbourne with his wife Sarah and their five-year-old daughter Scarlett. It was a complete surprise when he found out that Sarah had nominated him for the award. He plans to use his voucher to treat himself to a new pair of trainers.

In lockdown he continued to work as a conductor with Southern Rail, but due to a reduced service, James has dedicated more than 500 hours during the pandemic to his voluntary role, that he has fulfilled for 12 years, as a Special Sergeant with the British Transport Police. This was the second crisis that he had volunteered for after the London riots in 2011.

James said: “Both roles were about helping people and giving guidance on all sorts of things. Many passengers felt vulnerable and scared by the situation and many were, and still are, confused by the many rules and I think they just found it helpful being able to ask questions. I genuinely really enjoy helping people. Like any job, you get the odd awkward person to deal with, but most people are very nice.”

He added: “The biggest challenge for me during lockdown was making sure I kept myself safe as I was aware my wife was worried for me. Both roles really took over for three to four months as that was my main focus.” 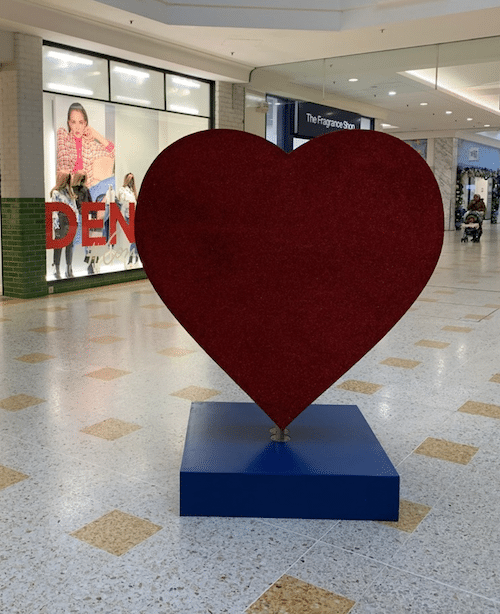